Home » About us » Our teams

James and his wife Zoë have been attending LBC since 2013 when they moved to Lymington. They have 3 children - Caleb, Bea and Toby. James is a part time GP and GP trainer. He is passionate about the Gospel and everything we have in Christ.
Email James

Jacky has been attending LBC since 1981. She has been married to her husband, John, for 51 years, and they have 2 grown-up daughters and 3 grandchildren together. Jacky has served LBC in many different ways through the years, most recently working with Christians Against Poverty as their Centre Manager. She has also been part of the Finance team for at least 15 years. She feels the Lord has always equipped her for the tasks He has set her - and continues to do so now. "He is my best friend," she says.
Email Jacky

Helen has lived in the Midlands as well as Australia, London and Brighton. After marrying Rob and bringing up two children in Birmingham, they moved to the Milford on Sea area in 2017 and quickly discovered LBC. Helen’s background is in creative production but now she works part-time in retail. Helen joined the leadership team in April 2021 and oversees communication, youth and children’s work. She enjoys sailing, skiing, walking, meeting for coffee and theatre and she is constantly amazed when plants grow in her windy garden.
Email Helen

Andy and his wife Jenni work for OMF International in Missionary Mobilisation across Europe and Africa. He has two teenage children in and around that busy examination stage. They have been attending Lymington Baptist since 2019.
Email Andy

Geraint grew up in Wales, but moved to Lymington in 1989 to complete his training as a GP. On his second Sunday in Lymington, he came to LBC for the first time, and hasn’t left since! He retired from general practice in 2020, joined LBC’s leadership team in April 2021, and now serves the church as chair of trustees. Geraint is married, and has four children who all grew up in Lymington. When he’s not at church, he barbecues, sails, skis, climbs up hills, and plays with his grandchildren. He avoids gardening and DIY unless forced.
Email Geraint

Carl, his wife Gail and 2 daughters, Iona and Rose have been worshipping at LBC since moving to the New Forest in 2007. Carl is an architect with a passion for nurturing community, enjoys any opportunity to be on the water and on a Sunday morning is more often than not to be found pushing buttons on the flightdeck. Carl helped lead Live Kidz for 11 years and as a LBC Trustee oversees Health and Safety and liaises with the World Mission Team. Carl can also advise on the preparation and cooking of roadkill.
Email Carl

Sarah has studied 3 years at Bible College and lived abroad serving in Europe and Lebanon where she lived with her 3 children and husband; now sadly not together. She is passionate about applying God's truth to the injustice of this world. She loves to spend time with family and friends, even more so when it involves eating and exploring.
Email Sarah

Through our mission partners, we’re seeking to change lives and bring the good news about Jesus to people far beyond Lymington. Read more about their work below, support them in prayer and consider joining our mission-focused prayer meetings  on the first Wednesday of every month, at 2pm. We also support the work of Compassion UK, Baptist Union Home Mission and BMS World Mission.

Brian and Jackie are serving in medical roles at Guinebor II, a busy hospital in Chad, north-central Africa. Brian is working as an emergency nurse practitioner, and Jackie has previously worked as a nurse in public health and is now very much involved with the community needs assessments that the hospital is undertaking in the area. They have grown-up children living in the UK.

The Shrubsoles are Gareth, Bethan, and their three children Samuel, Jonah and Eva. In 2020 they joined the team at the Guinebor II hospital in Chad. Gareth is the general manager at the hospital while Bethan, a music therapist, runs a multi-therapy clinic for children with disabilities at the hospital, and supports a partner project helping vulnerable women through discipleship, arts therapy and teaching sewing and business.

Read the Shrubsoles’ latest news
Find out what it’s like to work at the Guinebor II hospital.

The Spears family is comprised of dad Tom, mum Melanie and children Maisie and Rosa. Like the Shrubsoles, they moved to Chad in early 2020 to work at the Guinebor II hospital, near the capital N’Djamena. Originally from Southampton, Tom is a GP by trade and has general practice and leadership tasks at the hospital. Mel helps manage the malnutrition programme and community health outreach of the hospital. The girls both attend a French speaking school in the city.

The Stevens (miles from LBC: 5)

Andy and Jenni Stevens have been serving with OMF International since 1998 (Andy) and 2011 (Jenni). They work with the pioneering New Horizons team mobilising mission workers from lesser-mobilised parts of the world such as Eastern Europe, Africa, India and Latin America. They get very excited to see new missionaries established in East Asia from countries you would never expect!

Find out more about OMF International

“We hear them declaring the wonders of God in our own tongues!” 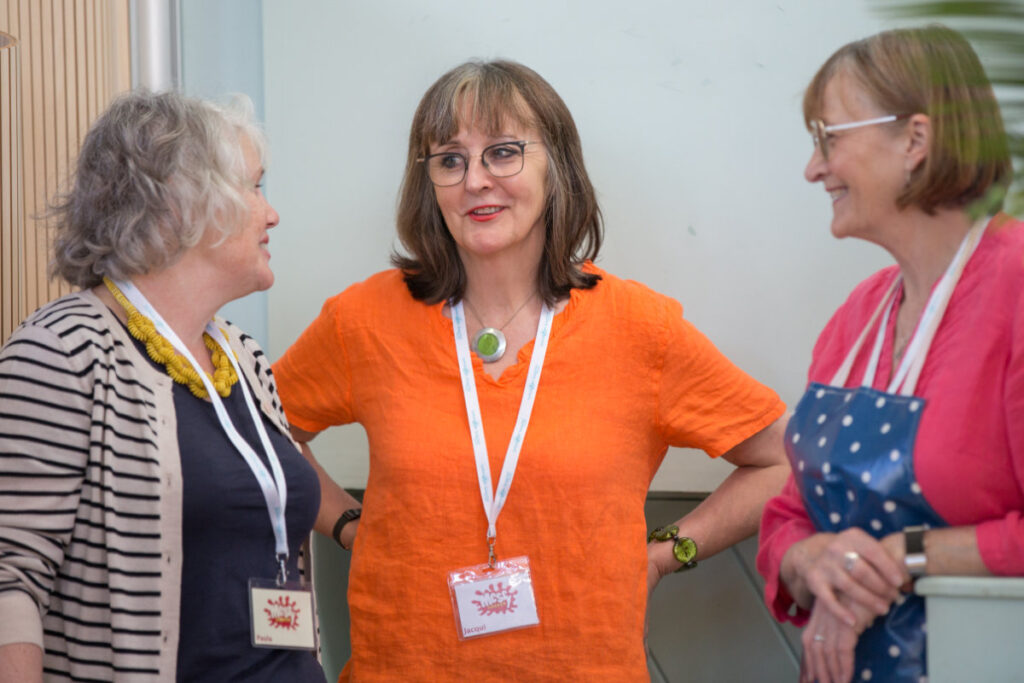